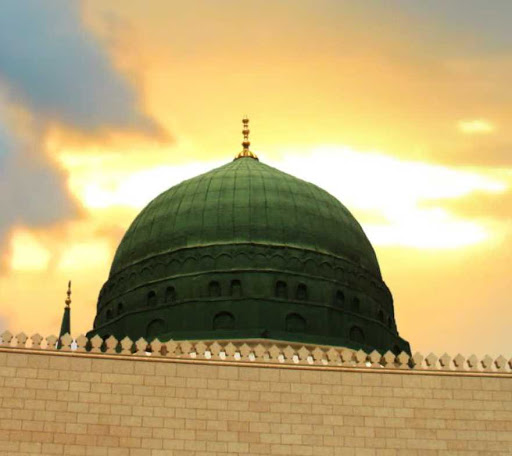 The Blessed Appearance of our Prophet Mohammed (SAWS)

The appearance of our beloved Prophet Mohammed (SAWS) is unimaginable. It is out of our scope to see the Prophet (SAWS) in his original form. Our eyes cannot stand the beauty of him and can only be spoken by our hearts. The beauty of Rasool Allah (SAWS) reminds us of a few couplets that were written by Hassaan Ibn Sabith…

No eye has set upon anybody handsome & fairer as you

No woman has given birth to anyone as beautiful as you

You were created free from all flaws,

As if you were created as you wish to be.

Allah (SWT) has sent Yusuf (AS) in this world with his entire beauty. But he has not shown the entire beauty of our Prophet (SAWS) because our eyes are not accustomed to see that amount of splendor. He was of a medium height, not much tall or short. His head was beautifully large with thin hair whose length used to go till his ear lobe, or sometimes till his shoulders. But it never exceeded more than his shoulders. His eyebrows were round and beautiful. There were no hairs where they met in between. There was a vein between his eyebrows which used to show when he was angry. He had big eyes in which the white area was very white and the black was very black. He had big eye lashes which increased the beauty in his eyes. His nose was thin and little raised from the front. There was a ‘Noor’ that used to shine from his nose every time. His lips were very chiseled and pure. His teeth were very white and there was no type of irregularity in them. There was a space in between the front teeth. When he used to smile, light would shine from his teeth and illuminate the walls. His cheeks were normal to the level that they were neither fat nor thin. His face was round and attractive. His beard was full. His color was fair and full of Noor. He was neither thin nor heavy, but very medium which was pleasing to the eye. Whenever anyone used to look at him, they felt that his beauty would keep increasing in their eyes. No one used to feel enough when they looked at him. His neck was long and thin, which would make him look more handsome. His chest was broad and there was a lot of space between the shoulders. There was a thin line of hair that would start from his chest and end at the belly. Apart from this, he had no hairs on his body. His fingers were thin and straight. His figure was straight and when he walked, he used to stoop a little and it felt that he was walking down a slope. He never walked proudly and there was always humility with the way he walked.

When he sat with people, he did so with folded legs. He never laughed loudly in his entire life. His maximum laugh was a smile. He never pointed with his finger when he wanted to call someone, but called them with his entire hand. He never spoke badly about anyone in his meetings. Not even for the people who used to speak badly about him or harm him. When someone used to call him, he never used to turn his face to see the person, but used to move his body completely towards that person and used to speak face to face. Whenever anyone used to shake his hands, he never let go till the other person himself lets go of his hand. Everyone in his gathering used to feel that the Prophet (SAWS) used to look at him more or concentrated on him more. This was one of his miracles. Everyone used to feel that the Prophet (SAWS) used to like him more than anyone else, because he used to concentrate on everyone and never ignored a single person in his life. His eyes always used to be on the ground in humility but sometimes would keep looking up at the sky waiting for Jibrail (AS) to bring the verses of the Qur’an. Whenever he used to meet anyone, he used to greet first.

These are a few words that we can use to describe the appearance of our beloved Prophet (SAWS) because there are no words that can stand the description of beauty, mercy and compassion of our beloved Rasool (SAWS).

← Prev: Month of Safar Next: The Halal way to sacrifice an Animal →